Touched by a Vampire by Beth Felker Jones 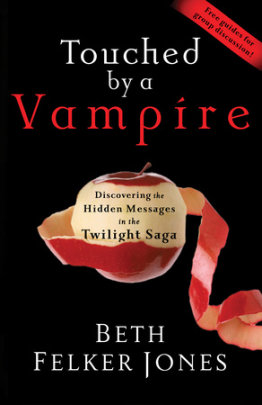 Touched by a Vampire by Beth Felker Jones

Discovering the Hidden Messages in the Twilight Saga

EXAMINING TWILIGHT THROUGH A BIBLICAL LENS

People around the world are asking the same question, enraptured with Edward and Bella’s forbidden romance in the Twilight Saga, a four-book serial phenomenon written by Stephenie Meyer. The bestsellers tell the story of a regular girl’s relationship with a vampire who has chosen to follow his “good” side. But the Saga isn’t just another fantasy–it’s teaching girls about love, sex, and purpose. With 48 million copies in print and a succession of upcoming blockbuster films, now is the time to ask the important question: Can vampires teach us about God’s plan for love?

Touched by a Vampire is the first book to investigate the themes of the Twilight Saga from a Biblical perspective. Some Christian readers have praised the moral principles illustrated in the story, such as premarital sexual abstinence, which aligns with Meyer’s Mormon beliefs. But ultimately, Beth Felker Jones examines whether the story’s redemptive qualities outshine its darkness.

Cautionary, thoughtful, and challenging, Touched by a Vampire is written for Twilight fans, parents, teachers, and pop culture enthusiasts. It includes an overview of the series for those unfamiliar with the storyline and a discussion guide for small groups.