The Coming Islamic Invasion of Israel by Mark Hitchcock 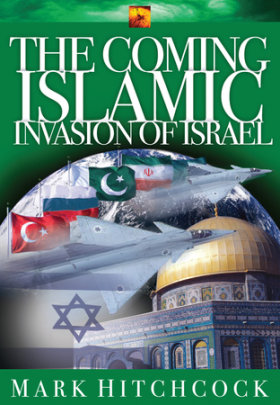 The Coming Islamic Invasion of Israel by Mark Hitchcock

Writing 2,500 years ago, the prophet Ezekiel predicted a Russian-Islamic invasion of Israel in the last days. The third book in Mark Hitchcock’s fascinating prophecy series explains the relevance of this prediction to today’s world. First, he establishes how the current global scene sets the stage for this event and focuses on the identity of the invading nations (those mentioned in Ezekiel are like a Who’s Who of Israel’s current enemies). Hitchcock then considers the time and motives for their attack. Finally, he discusses God’s dramatic intervention that will pave the way for the Antichrist’s worldwide empire.