The best novels of all time

The best novels of all time

The digital magazine Ego offers us a list of what they consider to be the best novels in history, is it? Have you read them all? In my opinion, I would have also included A Tale of Two Cities, by Charles Dickens, and I think that Metamorphosis is much better than The Process, by Kafka (although I love both), but in general I quite agree.

Published in 1949, George Orwell’s dystopia is considered by many to be a visionary work of the times in which we live. It addresses issues such as the manipulation of information, mass surveillance (it introduced the concept of Big Brother who sees everything), and political and social repression.

The Count of Monte Cristo, by Alexandre Dumas 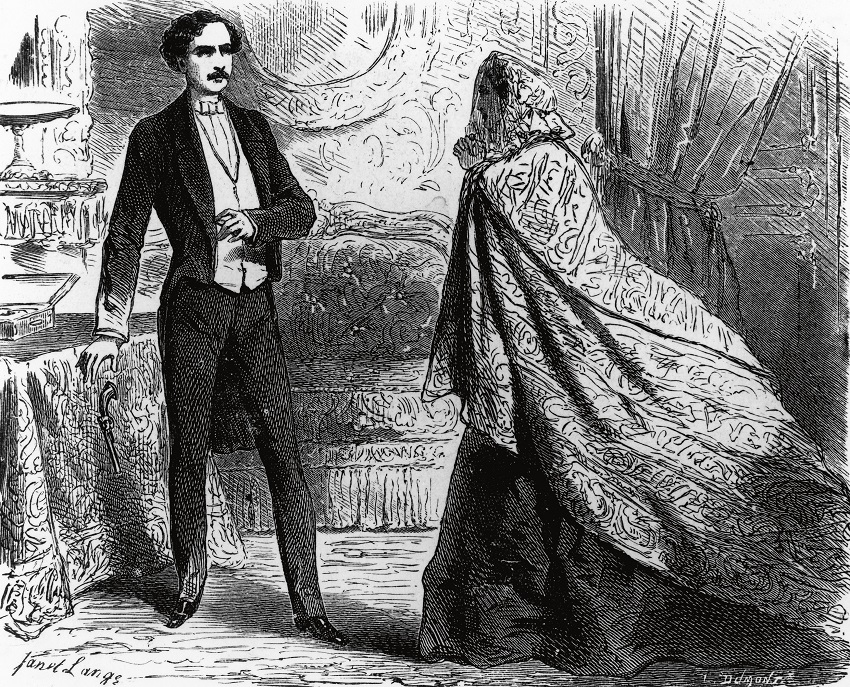 The classic adventure novel that appears on every list. And that tells the story of Edmundo Dantés. A sailor who, due to a betrayal, ends up in prison from which he will escape becoming the count of the title.

Crime and Punishment, by Fyodor Dostoevsky

Published in 1866, Dostoevsky’s novel is considered one of the pinnacles of Russian literature. His psychological analysis of the protagonist, the student Rodion Raskolnikov, is faced with a moral dilemma. He is capable of humanely justifying a crime, but when committing it he will see how guilt persecutes him.

The Divine Comedy, by Dante

Divided into songs (Hell, Purgatory, and Paradise), Dante, Beatriz, and Virgilio star in this poem that summarizes knowledge from classical to medieval civilization, beliefs, or philosophy. Dante wrote this book in the first decades of 1300 and it has survived to this day considered one of the masterpieces of literature and has served as a reference for many creators of all times.

Roaring 1920s, Long Island, New York, Jay Gatsby is a billionaire with a dark past who wants to win over an old love. Fitzgerald’s novel, published in 1925, portrayed a world in decline. Its different film adaptations, the last from 2013, directed by Baz Buhrman and starring DiCaprio, have made it a classic.

In Search of Lost Time, by Marcel Proust

It is not worth abandoning it when you get to the cupcake. Proust’s magnum opus must be read in its entirety, the effort is worth it, despite having seven volumes. Originally published between 1913 and 1927, the French author narrated in detail the feelings of the main character, which is very autobiographical.

The Catcher in the Rye, by JD Salinger

A classic of American literature. Salinger published this novel in 1951 that tells the story of Holden Caulfield, a rebellious teenager. Narrated in the first person, it caused controversy at the time for its provocative language and the awakening, without sweeteners, of the protagonist’s sexuality.

War and Peace, by León Tolstoy

Together with Anna Karenina, it is the most outstanding work of its author and one of the best-selling in history. Published in 1869, Tolstoy collected in his work the lives of various Russian families throughout 50 years of history.

To be or not to be. Shakespeare is English literature and his Hamlet, one of the best novels. Dating from around 1600, the playwright’s longest work, tells the story of Prince Hamlet, who will avenge his father’s death after his ghost appears to him.

The Iliad and The Odyssey, by Homer

Both the epic of Achilles in The Iliad, the oldest poem in Western literature, and the adventures of Osideo on his way from Troy to Ithaca are part of the foundations of our culture. Homer’s works presumably date from the 8th century BC. C.

Published in 1955, Nabokov’s best novels are also his most controversial. Written in the first person, Humbert Humbert’s obsession with his 12-year-old stepdaughter was a scandal for the depravity of history. Kubrick also made it a masterpiece of cinema.

The misadventures of an adulterous woman caused a great scandal in the bosom of French bourgeois society that led to the prosecution of Flaubert, who with this novel would rise as a champion of literary realism.

To Kill a Mockingbird by Harper Lee

Harper Lee got the Pulitzer in 1961 with this masterpiece. It narrated the story of Atticus Finch, defense attorney for a black man accused of raping a white woman, and who reflects the racial prejudices of the time.

The Pequod crossing, a whaling ship commanded by Captain Ahab and his peculiar crew, in search of the great white whale. Published in 1851, it did not achieve great commercial success then, but the passage of time has made it one of the great stories of narrative.

Pride and Prejudice, by Jane Austen

Published in 1813, this romance novel written by a young Austen focuses on Elizabeth Bennet’s relationship with Fitzwilliam Darcy. It has become one of the best novels in English literature.

A whole classic. The French writer and aviator wrote this children’s book, published in 1943, which to this day remains one of the best novels of all time. A story that analyzes the world of adults through its metaphorical gaze.

The process, by Franz Kafka

The labyrinthine process in which Josef K. is involved is the argumentative excuse of Kafka’s magnum opus. Unfinished at his death, it was published posthumously in 1925 by his friend Max Brod.

Leopold Bloom and Stephen Dedalus’s tour of the streets of Dublin on June 16, 1904, is the basis of this great novel. A tour that he continues to emulate every year through the streets of the city. Published in 1922, long and chaotic, it pushes the reader to the limit.

The British author published this futuristic novel in 1932 that places us in a utopia. An advanced society (he anticipated reproductive technology) in which human values ​​have been sacrificed and people live in apparent calm. This satire has influenced many subsequent cultural manifestations.

The Grapes of Wrath, by John Steinbeck

Winner of the Pulitzer Prize in 1940. Steinbeck’s novel is set in the great crisis of 29 in the United States. The story of the Joad family is used by the author to denounce the conditions. Which the victims of the economic depression had been subjected to.

Although it is sometimes taken as a children’s work, Swift’s work, published in 1726. Hides a critique of the human condition and does so from the title Gulliver’s journey through different fantasy worlds.